This Sunday, April 3, at “Married at First Sight”, we met a new couple, we accompanied Laura and Lewis for a glass of water, and the couple went on a honeymoon with Dina and Tiago and Dulce and Joao. Here is a summary of what happened.

The couple went to Sal Island in Cape Verde on their honeymoon, but Dina doesn’t seem to be enjoying the experience much. On the first day, the couple went on a boat trip and while Tiago was having fun dancing with the crew, Dina tried to put breakfast on her stomach.

The couple starts on the wrong foot and often gets into fights. Dinah has no alcohol since they arrived and it starts to bother Tiago, which is perfectly understandable. Going on a honeymoon and not having a drink, like having lunch and eating salad with Paolo Salvador from TVI, doesn’t make sense.

Despite being married for a few days, Dina and Tiago already argue that they have lived together for years. That is, any little thing is responsible for creating conflict. Such things, for example, sweet and sour sauce. Dina says the sauce is not bitter, Tiago says it is and they stay in it for half an hour. The argument was so long that the sauce turned sour from sour and Dinah went to her room. Tiago, for his part, went to the hotel bar, and made new friends with up to five hundred other guests. More specifically, by 6:39 a.m., Dina had recorded because she was awake waiting for Tiago.

Dina is a person who records violations within minutes, such as a PSP fine, and defendant Tiago realizes that his points on the card are almost gone. There the brother prepared some surprises for his new wife, which helped him to improve during the honeymoon. Tiago is newly married and that’s why he still doesn’t realize he can’t win the debate with his wife. Even if you win, you will lose. That is why the strategy is always to assume that he is right – even 99 percent of the time – and that in principle we can live in peace. My wife sent me a voice message last week, but as I was in a meeting I replied: “I can’t hear it now, but I definitely agree with you”.

Dina and Tiago got closer.

Lewis specifically asked in the casting that he wanted a blonde woman, but on the wedding day he realized that he had changed his ways, which upset the groom a bit. Lewis thought he was at McDonald’s Drive and instead of Caramel, they put chocolate toppings on Sunday and it was really annoying. You may even be a toothless psychopath, but not a brunette!

However, the hair color seems to be minimal, given that, more than being a brunette, Laura IPMA’s 15-day forecast. “I’m a storm, a thunderstorm, a storm, a cataclysm, a glacier,” Laura says as she reads her wedding vows. Deep down, Laura is Elsa from “Frozen”, she’s not just blonde. If Lewis was a bit shocked at first impression, Laura seemed to like what she saw, and so did her friends. “Shut up, the man is handsome, charming,” says one of them, and when he asks the other what he thinks, his friend answers in his ear: “Pina-o.”

I like this friend. That way, there’s no time to waste, at least because, according to her friends, Laura either gets out of hand or risks leaving her husband before the wedding night. Who seems to have been somewhat upset to see her son leave home was the beloved Alexandrina, the mother of Lewis, who confessed to Diana Chavez that she wanted her godmother Fabi to be her daughter-in-law. Faby did not follow the rumor, but admitted that she had a plan B, if something went wrong, and even took her to the wedding.

I was curious to know what would happen to Plan B. Will you create an illusion for the groom to escape? Throw a bottle of her excellence to dye the bride’s hair blonde? None of this, Faby’s plan was to have Priscilla instead of Laura, a friend who tried to reunite with Godmother Lewis, but who never met him. One kind of coaching strategy, if the result is not what you want. The plan wasn’t thought out badly, but fortunately it didn’t need to be put into practice because, for the time being, the couple seemed to be working together. It remains to be seen whether Hurricane Laura will turn into a Level 4 hurricane and force Lewis to take refuge in her mother Alexandrina’s home. 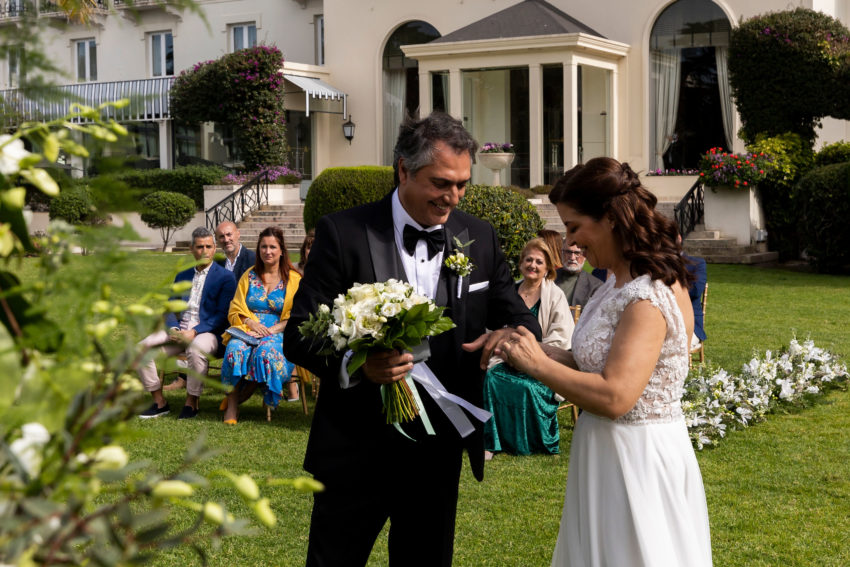 Lewis and Laura even danced.

Rivera Maya was the destination chosen for the honeymoon of the most experienced couple this season. However, Dulles complains that Joao’s age is not reflected in her maturity, as her husband is constantly teased around her. “Physically and spiritually I feel like a chavalo,” he told the camera. A phrase that allows us to quickly understand that Joao is also old, since no one has used the expression “chavalo” for 30 years.

At a moonlit dinner, Joao tries to seduce Dulles through some intercourse. “All I wanted was to steal your heart,” she says, but Dulles isn’t waiting for it. However, Joao did not give up and continued: “Chemistry falls from the sky”. “Do you think chemistry falls from the sky?”, Dulles asks with a sigh of relief. Joao explains: “Yes, it falls from the sky, reaches the person and forms an L”. I don’t know if they serve any drinks for dinner in Mexico, but I want the same.

The conversation then moves on to more sensitive topics such as infidelity, some of which Dulles assumes she suffers from in her marriage. João vents: “I think cheating is the worst thing you can do.” Production asks: “Did you cheat?” Joao replies: “I’ve cheated already” and adds “I think it’s a part of it”. Of course. See, maybe it’s like chemistry, it comes from the sky and creates an L, just on the other person’s head. 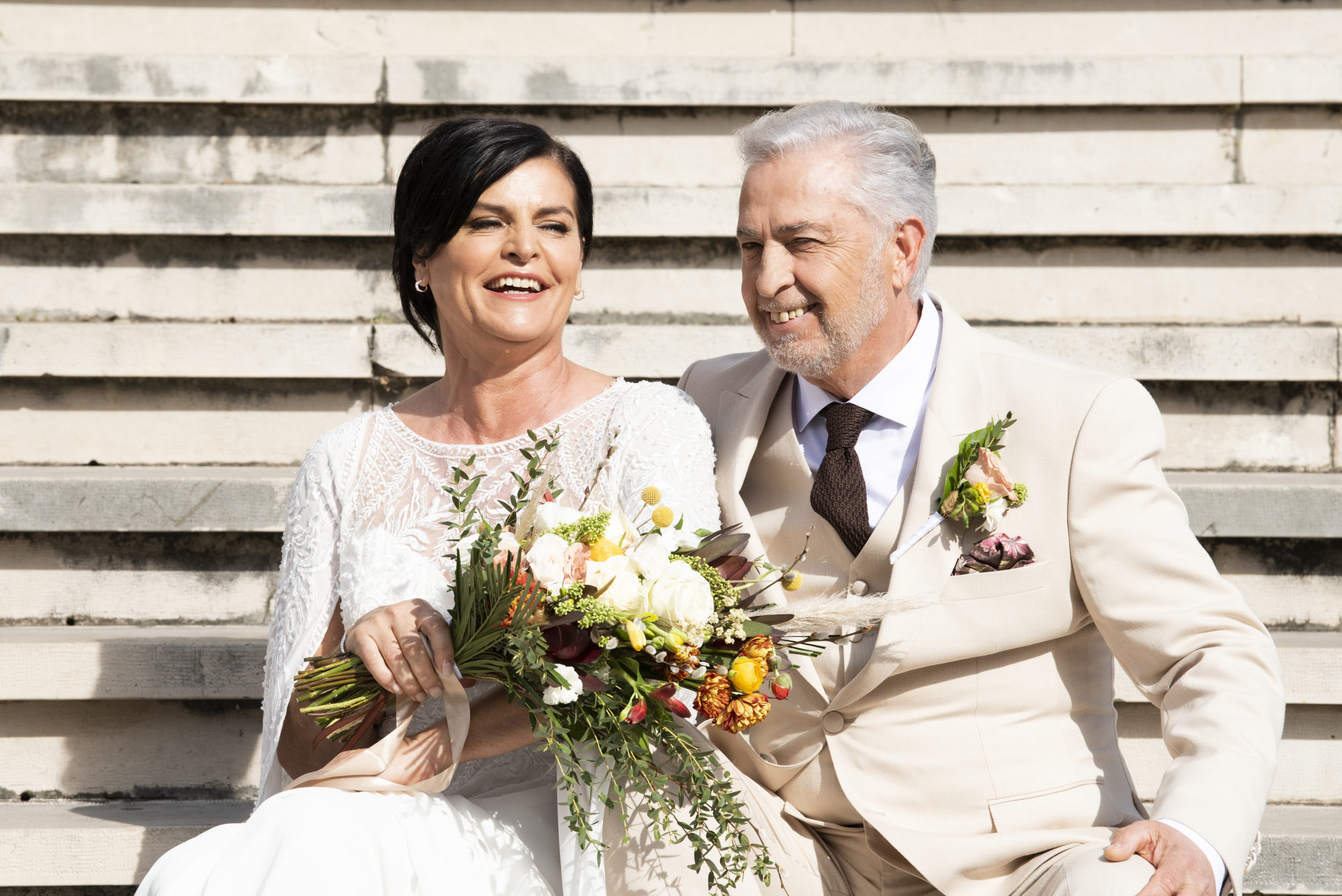 Dulce and João are not on the same page.

This time the experts wanted to try a new method, to see if it worked. “Let’s get two people together with weird names, maybe that was the element we lost!” Doina and Uicãa may be the names of IKEA furniture, but not. Doina was born in Moldova and moved to Portugal, where she developed a career as a judo athlete. “The name is a bit complicated,” said a friend of Diner’s, who is called Pedro, or is it Joao? No, it’s called Sadjo, which is the name of a sneaker brand.

The groom Uicãa is a wakeboard trainer, although a working girl’s hairstyle is like a puppet doll. “I’m so crazy, messy,” says the groom, admitting to himself: “Love horn at first sight.”

The mother came from Brazil to get married and Uicãa had not seen her for over five years. “I left my mother, she was young and now she is old.” And since Bolsonaro has only been in power for three years, I have no idea what you will be like at the end of your term. For her wedding day, the young man chose a suit from the movie “The Mask”, but he was scared to get a doll from Judoka.

Friends say he spends hours in the shower and consumes lots of water. This is normal, just half a dam of Uicãa will be needed to wash the hair. “What’s her name, Dora, Donna?”, The young man asks the production. Uicãa doesn’t even remember the new woman’s name, let alone write a promise to read at the event. “Maybe I have a rotten finger and I’m not choosing the right person for me,” said Doina, who supports the fact that she is still alone. No, this marriage is going to last a lifetime. At least until Doina is horrified by the fact that Uicãa bathes for three hours and gives her a koshi-guruma with soy sauce. Or bitter sweet.