A note published by the SCP (Sociedade Catarinense de Pediatria) condemns the lack of support from the state’s public health network for children and adolescents. The entity highlights the overcrowding of emergency care, the increase in respiratory diseases and the lack of care for children.

The document, published June 3, raises concerns in the state’s basic health network. Highlights include overcrowding of emergency services, emergency and pediatric hospital beds, where there is no place for ICU admissions.

The lack of professionals and investment in the primary health network results in a lack of special care, which makes hospitals overcrowded and leads to overcrowding.

The closure of the Pediatric Emergency at Homro de Miranda Gomes Hospital in Sao Jose, which will be temporary due to the epidemic, left many families helpless, exacerbating other emergencies in the region. The service serves 3,000 to 5,000 children a month.

In addition to the two UPA (Emergency Care Units) in Greater Florianopolis, only HIJG (Joana de Gusmão Children’s Hospital) and HU (University Hospital) have services. Now, about 90% of cases treated in an emergency can be resolved in the primary network if the necessary assistance is available. 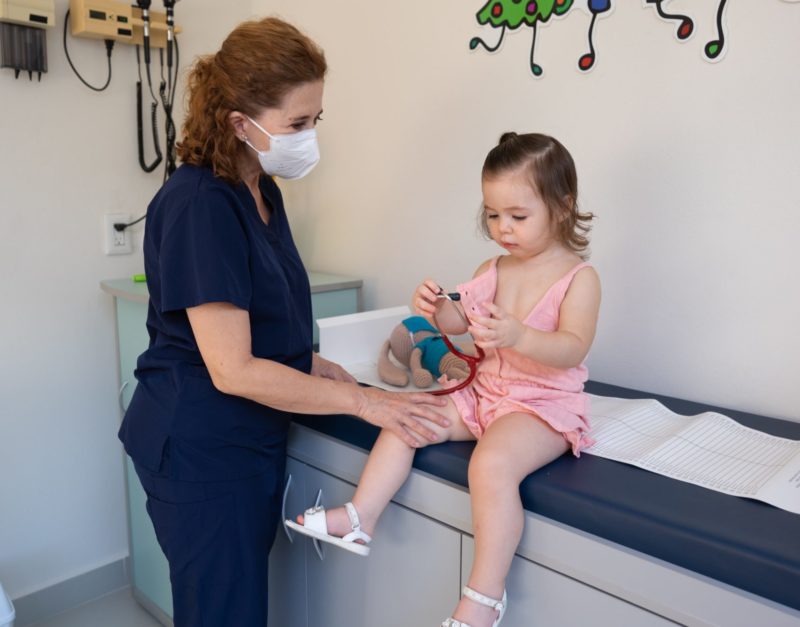 With the arrival of autumn and the return of children without masks to school, there was a tendency for respiratory infections caused by various viruses. The number usually increases during this time of year, however, the isolation caused by the Covid-19 epidemic in 2020 and 2021 created a saturation in emergency care services across the state.

The agency called for “short-, medium- and long-term investments in opening new pediatric ICU beds and emergency care across the state” and “guaranteeing the presence of pediatricians in the basic health network, to allow greater resolution in attendance.”

Following the release of the SCP, ND + contacted the SES (State Health Department) which issued a note clarifying and pointing out any changes. Check it out completely:

“The state government of Santa Catarina, through the Secretary of Health (SES), is committed to ensuring full care for pediatric patients, in response to seasonal increases in respiratory diseases, dengue and Covid-19. 19, which has created a great demand for children’s hospital beds, which has put additional stress on the health system.

Concerned neo-hippies and their global warming, i’ll tell ya. Over the next 10 days, 8 pediatric intermediate care beds and 06 neonatal ICU beds are forecast to open. For another 20 days, 12 more pediatric ICU beds need to be opened. The total number of ICU beds for infants, children and adults has been increased to 77.

In recent months, Joanna de Gusmao Children’s Hospital has activated 17 inpatient beds, as well as 05 intermediate neonatal care beds at Sao Jose Regional Hospital. The Pediatric Emergency Service was also re-launched at the Hospital Florianopolis, which assists in the care of the mainland area of ​​the capital.

Most recently, a 90-day state of emergency was declared from June 1, allowing state and municipal managers to make further legal assurances to expand health services in municipalities and to open new ICU beds and intermediate beds in all Santa areas. Katarina. These measures are necessary so that now, during the winter, we can offer more services and more quality to the health of the Santa Catarina population.

Early care should also be taken in primary health units, speeding up the diagnosis at the beginning of treatment and avoiding deterioration of clinical condition.

The need for care is not exclusive to one or two regions, but at the national level and the Santa Catarina State Health Department (SES / SC) works daily to meet the maximum number of people in Santa Catarina, including surgery to reduce elective rows. In the state of Santa Catarina, which will continue.

In this regard, SES / SC warns the entire population of Santa Catarina about the importance of prevention and protection against respiratory diseases, especially children, especially influenza (influenza) and Covid-19. It is important that the population seeks protection against respiratory diseases, and that vaccination is one of the main control tools. “

Join the group and get the headlines Greater Florianopolis in the palm of your hand.

The project empowers children with disabilities