Parnambuko: There is a shortage of doctors and there are many diseases

After about three months The incidence of respiratory diseases in infants and children in Parnambuko is skyrocketing, Hospitals, emergencies and pediatric beds are constantly overflowing with high incidence contrary to the predictions of specialist doctors. It was expected that the incidence of severe acute respiratory syndrome (SARS) among pediatric patients would decrease last month, which has not been proven, according to pediatrician Vanessa Izidoro, a member of the Pediatrics Society of Pediatrics (SOPEP).

There has been a bed crisis in the state. According to the latest data from the Planning Department, at the moment, there are 55 children and 19 children on the SARS waiting list for an Intensive Care Unit (ICU) in the public health network and another 21 children are waiting for an infirmary bed. And Management (SPLAG), Pernambuco, this Wednesday (8).

Overall occupancy of pediatric and neonatal beds is 79%, of which 68% are in the infirmary and 87% in the ICU, according to the Parnambuco State Department of Health (SES). In children up to 5 years of age, respiratory syncytial virus (RSV) – associated with bronchiolitis – is similar in 40% of cases; Human rhinovirus (HRV) at 16%; And Covid-19 only 1%.

Read more: After the decline in Kovid-19, pediatric respiratory diseases create an emergency in PE

To give you an idea, the number of requests for ICU beds for children between May 22 and 28 (Epidemic Week 21) out of 210 requests was 255% higher than the same period last year, during the time of social isolation, when there were 59 requests. When compared to Epidemiological Week 20 of 2022, there were 228 requests, that is, 8% decrease since then.

Respiratory diseases began to increase in mid-April and have not stabilized since. “We thought last month it would be controlled, children were instructed to stay home for 15 days, but this month we are still feeling it. Children under the age of 2 with bronchiolitis are more likely to have pneumonia, and older adults are more likely to have complicated pneumonia, “said pediatrician Vanessa Izidoro.

Although this is the season for pneumonia in children, the figure is higher than expected last year (even before the Covid-19 epidemic). Over the past few months, the situation has prompted the Parnambuco government to come together to address this unusual demand for healthcare. However, the public administration has faced some obstacles along the way with the shortage of specialized health professionals for this service.

SES has opened 102 ICU beds for children with SARS since last year, three times the previous offer of 56. Today, Parnambuco has a total of 287 beds, with 158 intensive care beds and 129 wards, making it the largest network of its kind. Northeast.

However, the Department of Health has yet to introduce at least 20 of these new beds, which should have been in effect two weeks ago at Hospitals Memorial Guarrapes (10), Jabotao dos Guarrapes, Greater Recife and Jesus Pequinino (10). ), In Bezeros, in August. Because, SES says, it is difficult to close teams in these health units. In a note, the ministry highlighted that “the shortage of pediatricians, pediatric and neonatal intensive care professionals is a reality across the country in both public and private networks”.

“To give you an idea, at Parnambuco, the main training center for health professionals in the Northeast and one of the leading centers in the country, every year, on average, only two pediatric intensive careers are trained, less than nine neonatologists and only 30 pediatricians. ”, He mentioned.

Across the epidemic, the state has approved SES competitions for all pediatric surgeons, pediatric intensive care and neonatologists, and virtually all pediatricians, representing more than 300 professionals.

The SES has approved strengthening the transfer of pediatrics and physical therapy to the state’s Emergency Care Unit (UPA). In partnership with Sopepe, it will “conduct training with state network personnel to ensure greater quality of service and greater security in support”, the ministry said in a note.

Learn how to reduce the risk of infection

Dr. Vanessa Izidoro explains that the persistent increase in respiratory disease in children may be related to the thermal instability that Parnambuco is experiencing in rain and cold weather. Thus, SOPE recommends that parents and caregivers maintain preventive health measures to protect their children from becoming ill.

“Avoid stools, enclosures, parties, and keep your nose clean with hand washing, gel alcohol use, masks and saline. In children under 2 years of age, whenever possible, [orienta-se] Stay away from school for about 15 days, ”the expert list said. 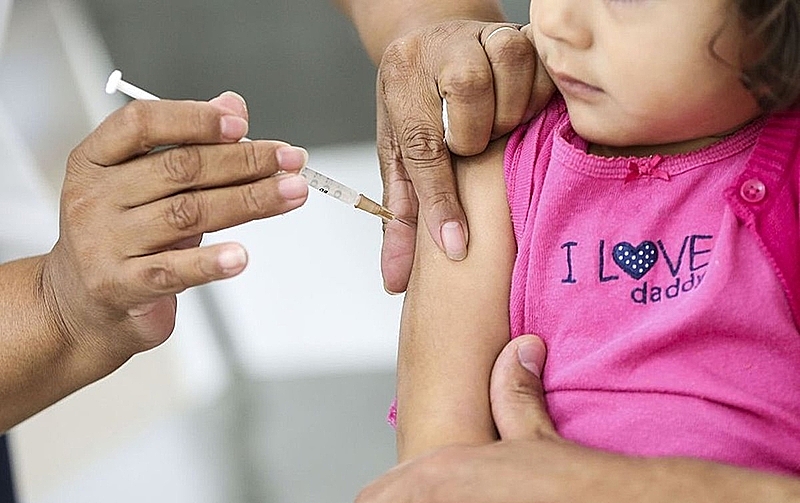 It is also recommended to update the vaccine card. There is no vaccine for a portion of the virus that has been hospitalized in children, such as RSV, and other diseases can be avoided by vaccination, such as pneumonia caused by infection with pneumococcal bacteria. In addition, the vaccine is important to strengthen the child’s immune system by protecting it from other pathogens.

“National immunization program [PNI, do Ministério da Saúde] It’s very complete and free. We remember that the vaccine saves lives and that it is important to vaccinate children, “said Vanessa.

What will be the reason?

In an interview given Brazil indeed Last month, Rita Brito, vice-president of the Pediatrics Society of Pernambuco (Sopepe), asked what could explain the atypical elevation of children’s breathing conditions.

Rhinovirus, metapneumovirus, respiratory syncytial virus, adenovirus, bocavirus are the most common infectious agents in pediatric emergencies, he reported. “[Esses vírus] Occurs seasonally, from northeast to mid-March to early June. We usually have an increase in the frequency of respiratory diseases in the pediatric age group, ”the doctor explained.

But pediatricians have highlighted that the prevalence of these diseases is higher than what occurs annually, even during the pre-epidemic period, so the season does not fully cover the phenomenon. It is possible that the increase in cases is related to the departure from the lockdown, as children return to face-to-face activity and expose themselves to the pathogen for the first time.

Type 1 diabetes mellitus in kids: a matter of care and attention for the family