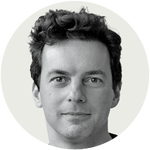 SAN FRANCISCO – Days before Elon Musk struck a deal to buy Twitter for $ 44 billion, he said he did not “care about the economics” of the company. As the world’s richest man, with a net worth of more than $ 250 billion, he indicated that making money from the social media service was far from his prime objective.

But on Thursday, Mr. Musk was able to get an up-close look at the strength of the business he was buying.

Twitter reported revenue was 1.2 billion for the first three months of the year, up 16 percent from a year earlier but lower than a 20 percent growth rate the company had predicted for the year. Profit was 513 million, or about 61 cents per share. Wall Street analysts had been expecting about $ 1.2 billion in revenue.

The social media company said it had 229 million daily active users, up nearly 16 percent from a year ago.

The results come as Mr. Musk moves to finish closing his deal for Twitter, which is expected to take the next three to six months. Mr. Musk, 50, who also leads the electric carmaker Tesla and the rocket company SpaceX, has vowed to take Twitter private and make it a haven for “free speech.” In recent days, he has criticized some of Twitter’s top executives who helped build up the company’s policies on what speech should be allowed on the platform and what should not, causing an uproar.

But even if Mr. Musk says he doesn’t care about Twitter’s business, investors will be scrutinizing the company’s financials to see how it may affect the deal. Investors will be looking at a particular earnings metric of Twitter’s – its earnings before interest, taxes, depreciation and amortization, or EBITDA, used widely as a proxy for cash flow – to gauge whether the company can pay off the debt and interest that Mr. Musk’s deal will add to its balance sheet.

Mr. Musk is funding his acquisition of Twitter with 13 billion in debt financing and another $ 12.5 billion in loans against his stock in Tesla. He is expected to add about $ 21 billion in equity financing.

Twitter executives have faced questions over the years about the prospects for the company’s business, which relies primarily on digital advertising. That business has been inconsistent. Twitter has not turned a profit for eight of the last 10 years. In 2020, the activist investment firm Elliott Management took a stake in Twitter and called for Jack Dorsey, one of its founders, to resign as chief executive. Mr. Dorsey stepped down last year.

“While Twitter has had a rebound in ad growth, its ad business is significantly smaller than that of other major digital players,” said Jasmine Engberg, an analyst at Insider Intelligence. “It also continues to have trouble bringing in new users, which is integral to growing ad revenue.”

Before Mr. Musk became involved, Twitter’s executives set an aggressive trajectory for the company. The plan is for it to grow rapidly over the next two years, reaching 315 million daily active users and 7.5 billion in annual revenue by the end of 2023.

Mr. Musk’s acquisition could give Twitter the ability to make changes to its product as a private company, avoiding the scrutiny of Wall Street. Close watchers of the company have long noted Twitter’s hesitance to overhaul its service because of protests from users and advertiser sensitivity to drastic changes.

But Mr. Musk may also throw the company into more turmoil. Apart from Mr. Musk targeting Twitter’s executive through the service, some users have left the platform over the prospect of a Musk-led Twitter. Inside the company, some employees have also expressed concerns as to what changes Mr. Musk has in store for the service.

In a company meeting on Monday, Mr. Agrawal acknowledged the uncertainty ahead. “Once the deal closes, we don’t know what direction this company will go in,” he told Twitter’s employees.